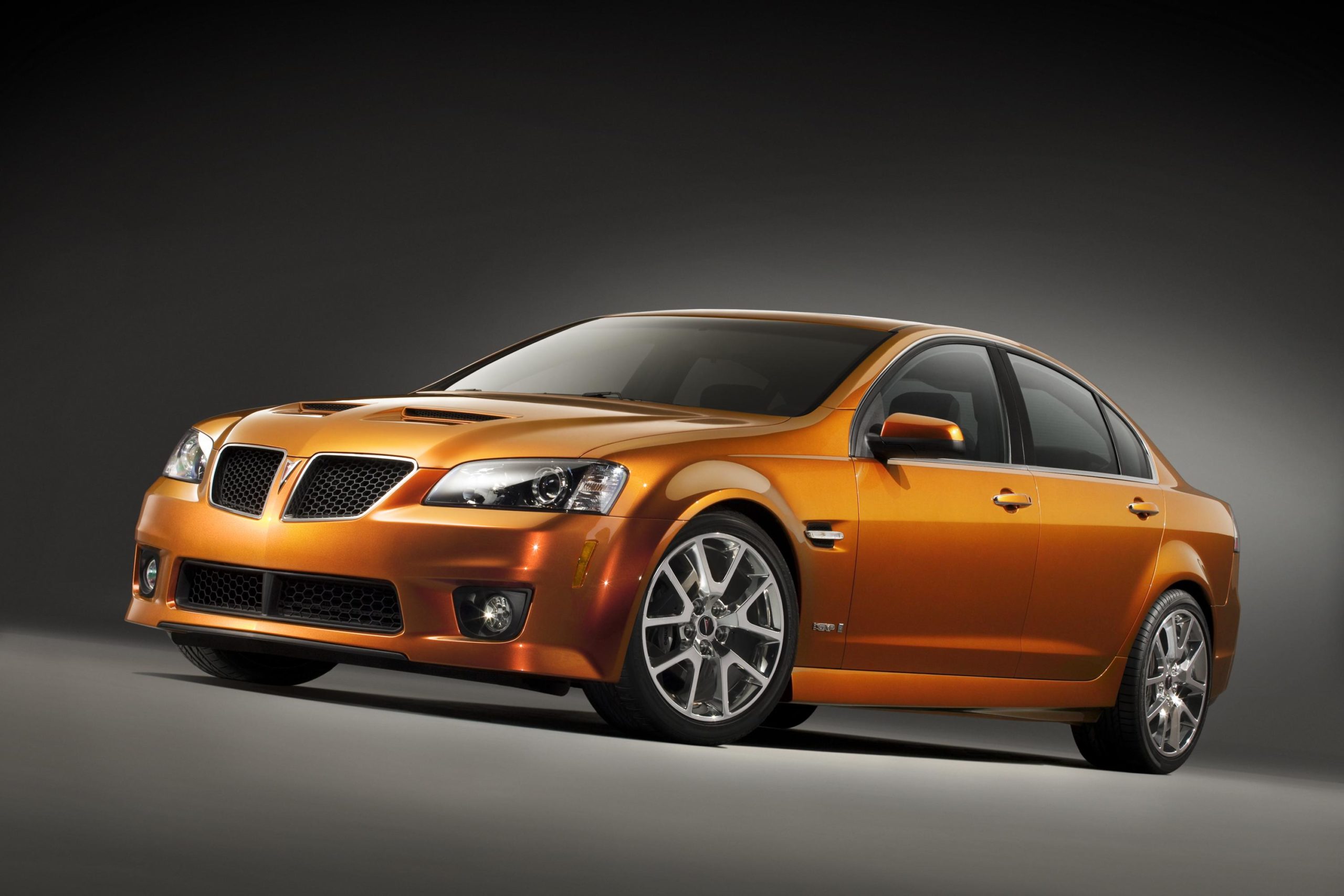 We’re back with a brand new article made upon a request in a letter, from a reader of this blog. Thank you for the request! I have looked forward to this one. Today we are going to talk about a car that is quiet special for somebody and for others not even known. You guessed right, it is the Pontiac G8 GXP. This car is also manufactured under other brands as Holden Commodore. So if you live in the wonderful Australia it might have been a Holden GTS you have been familiar with, and if you live in USA it have been Pontiac G8 GXP you know of. And in Europe you don’t even know what we’re are talking about right now. It is pretty much the same car branded under a different name and badge. To illustrate this I have attached pictures of the two cars below. The Pontiac G8 GXP on the top left corner, and the Holden GTS in the bottom right corner. It is actually hard to tell the difference and even more out in the wild.

Even though there are different brands of the same car, the focus will be kept on the Pontiac G8 GXP. I had to do some further research on this car since it is not very common to spot in Europe and especially not in Denmark where I live. So I did some research in order not to be caught with my pants down.

So what are my thoughts about this car and what rating would I give it in terms of driving?

The Pontiac G8 GXP is a rear wheel super sedan powered by pure freedom. Just kidding, it is powered by a 6.2 liter V8 with 402 horsepower and a 6 speed manual transmission but it is practically the same thing. This engine originate from Chevrolet Corvette. It can also be found with an automatic gearbox. The Pontiac G8 GXP was released in the early 2008. Sadly production already ended in 2009, after Pontiac went bankrupt as a result of the financial crisis and GM (General Motors) then decided to drop the brand. Now you might think this is a very short period of production which limits the productions numbers. You are totally right! It means that there hasn’t been produced very many of this specific model. In fact only 1829 units were sold as Pontiac and a handful more as Holden. This is of course making the car a bit more special and rare. The Pontiac G8 GXP was not the quickest car of It’s time with 0-100 km/h (0-60 mph) done in 4.5 seconds, even though it was packed with a Nürburgring (famous racetrack in Germany) racing suspension and other state of the art racing equipment. The sheer weight of the construction as well as engine gave the it a different feeling, making it a heavy beast. The fact that the car is still comfortable gives it a plus in the book. It needs to be said I have never driven the car, but this is the vision I have of driving it, plus my experiences with similar types of cars from the same era. 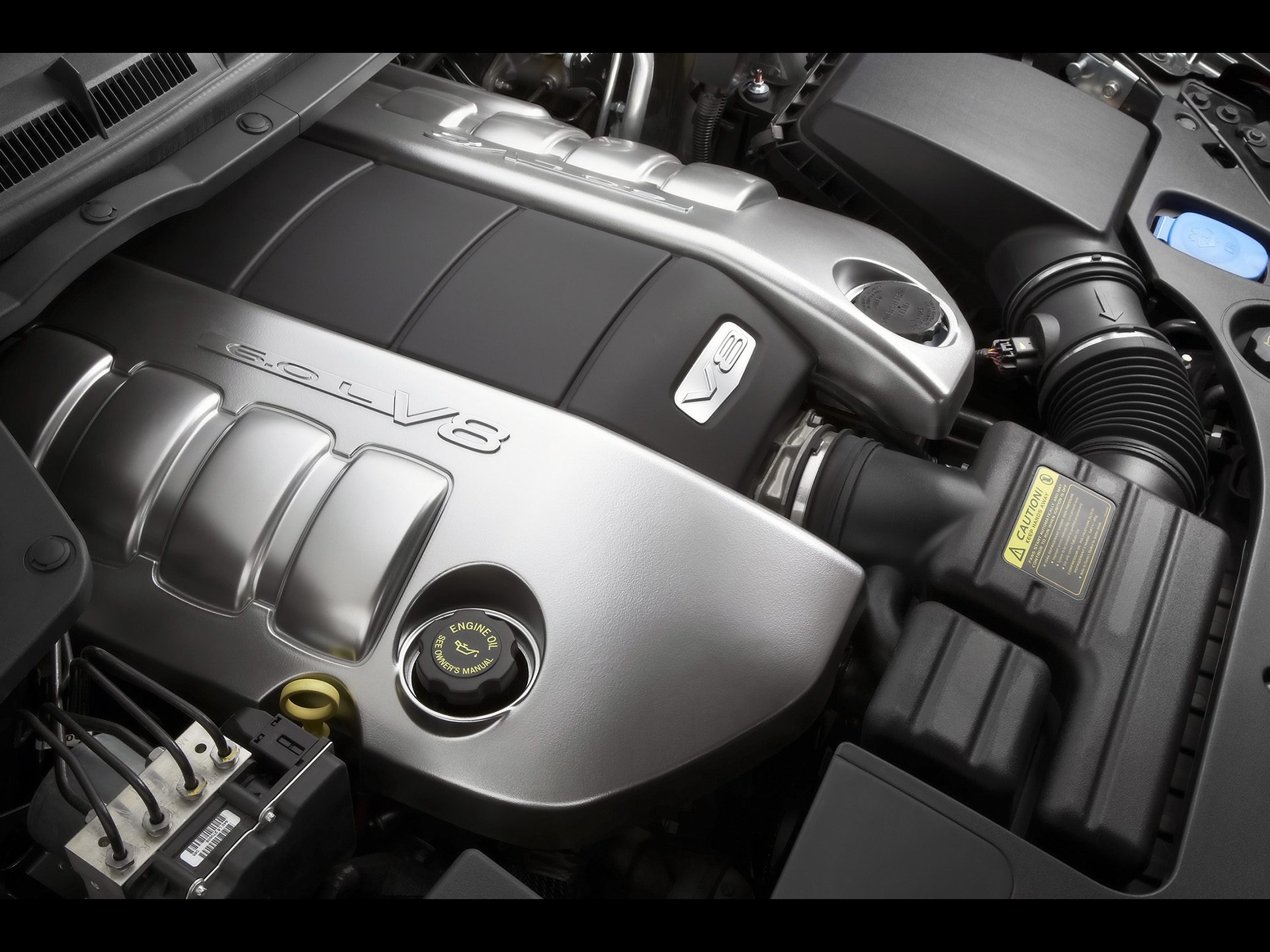 The car is still too heavy with such a big engine in the front, giving it a lot of understeer especially when cornering. A challenger to this car could be the Cadillac CTS-V from 2009  as well. Both cars build on the same premises. Power and comfort. It is generally two things that doesn’t match, but as time goes the manufacturers have become better at it. A lot actually. The rating I have chosen is based upon the Pontiac G8 GXP is a pioneer when trying to combine high power and comfort. They did not succeed perfectly, but still made a very good job by adding the much needed race suspension and bigger brakes. It is pretty much necessary when mounting such a massive motor to that type of chassis. In order to succeed perfectly it would have to have a smaller engine with the same horsepower and a lower weight. It would increase handling remarkably adding on to the driving experience. The feeling of driving a car only produced in so small numbers is also clearly a plus. The simple look and the sleeper attitude really gives It charisma and the roar from the V8 makes most of the neighbourhood very jealous and maybe a bit angry at the same time. That is kind of the excitement about this car. Many people also say the Pontiac G8 GT, with a V6 brings just as much joy when driving and uses less fuel. All of these things taking into consideration is the reason why I gave 3 stars. It lacks the final touches of development to become a masterpieces project. This is why I can’t give it 4 or 5 stars. It needs something out of this world to get there. Maybe titanium exhausts? But again then it will probably trigger an earthquake.

The damn Concerns. And unfortunately they are here when we’re speaking about the Pontiac G8 GXP. But that goes for all cars. I have highlighted the most important ones, so you have an idea about it them and what they involve, when thinking of investing in Pontiac G8 GXP. 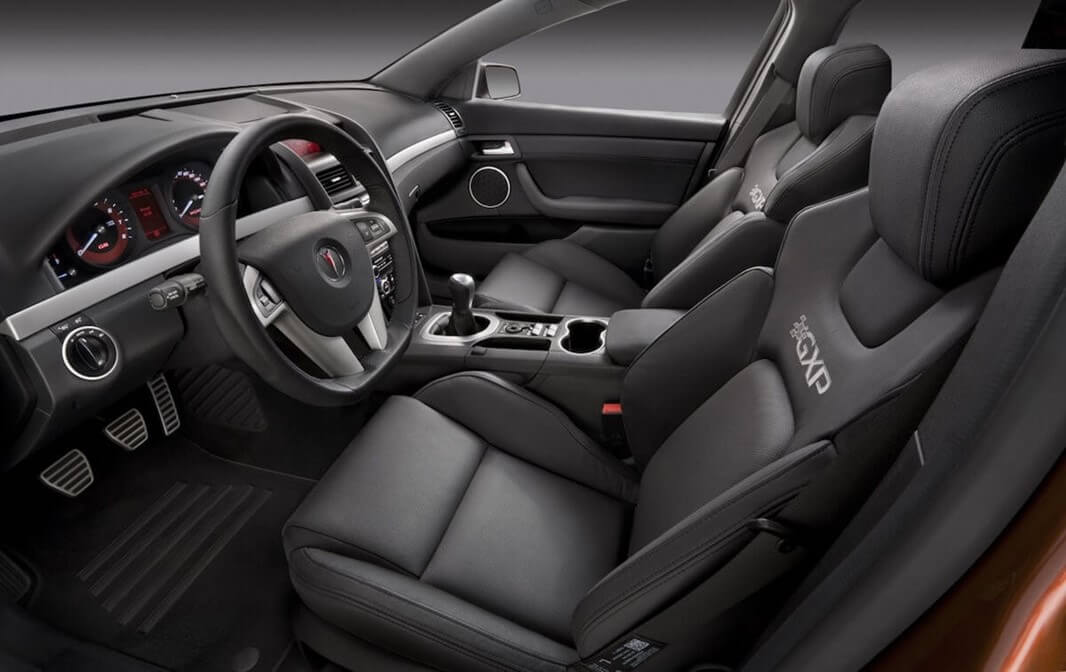 The main concern and potential problem is the repair bill when one of the performance parts brakes or worn out. It’s not only expensive but also limited who can fix it, and find a location where to get it fixed. Mainly due to the fact of Pontiac gone bankrupt. It is still very mechanical which makes it a lot easier in general. In Europe you need to find someone with special knowledge about American cars. That can be a task in itself. The lucky thing though is that the engine is very common and spare parts are not very rare. They originate from Corvette and the engine bay has been the same for ages. This means finding original spare parts shouldn’t be your major concern. They are also cheaper than if they were rare and special made to a car of this type. That only counts for the suspension parts and other fined tuned performance parts.

If you’re thinking of getting one, then go for the ones with manual. The automatic gearbox can be costly if broken and is also never as rewarding as the manual one. The time is right now and we will only see an increase in price, but when is very hard to tell. Wait! We almost forgot. Tire wear can also be a problem if your right foot becomes too heavy, which it tends too when driving cars like these. So new tires are great to stock up on before purchasing this car. So go get a good deal on a bunch of tires, otherwise you will quickly be running on rims only. 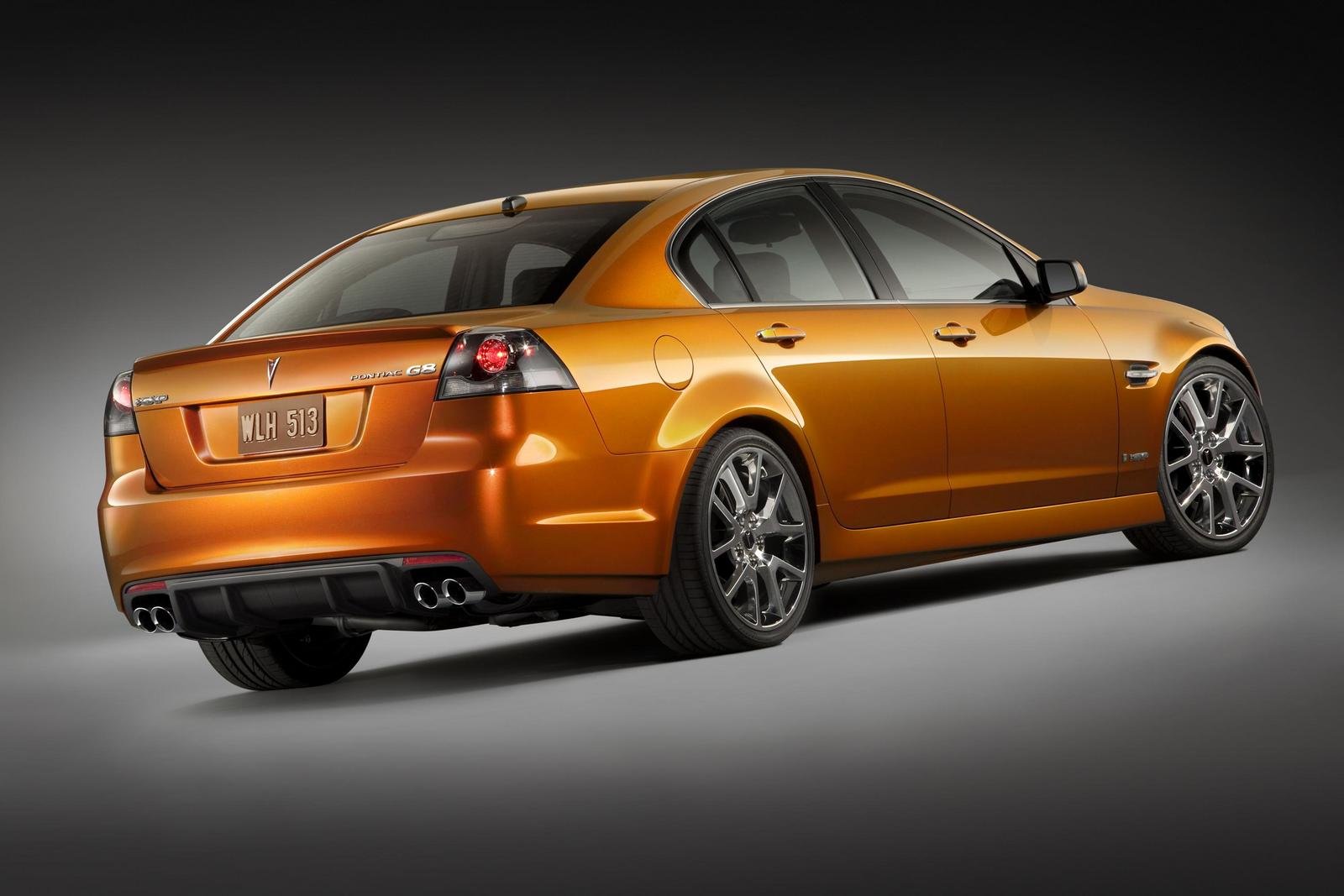 When we look at the investment prospective of the Pontiac G8 GXP it is very interesting. I really think this car can increase in value I the future. Especially if you got one with low mileage and all original. What should be the argument for this? The fact that production numbers Is so limited, the concept is somewhat special by combining sport and comfort in a four-door sedan car normally made for being practical and useful, to now being a race car in a dress. This is really what make this car special and one of the main arguments for increasing in value in the future. I would have listed models both for sale in USA as well as in Europe, so you had a chance to find near you but there is currently no one for sale in Europe of what I could see. The cheapest ones start from around 18.000 dollars stretching to around 40.000 dollars for the most expensive one in USA, with only a few couple of cars for sale. It gives a clear indication of the rarity already now and maybe the importance of going for one now.

I still choose to only give it 3 stars because it’s hard to tell when It can break the investment ice and increase in value. How much of an increase in price is still unclear for me. It is still a sedan car with close competitors almost matching it and could certainly make it harder for the Pontiac to increase in value as expected. But since it is one of the last ever produced Pontiac models it could be very valuable for certain collectors out there. I will keep an eye out on the market valuation and edit the article if some interesting happens in the future. But I think it will become attractive so stay put and get one before it is too late, and enjoy it to the fullest if you already have one. Remember to go for the ones with manual gearbox since it would possibly the most fun to drive and be the best investment in the long term. It is truly an epic and cool car.