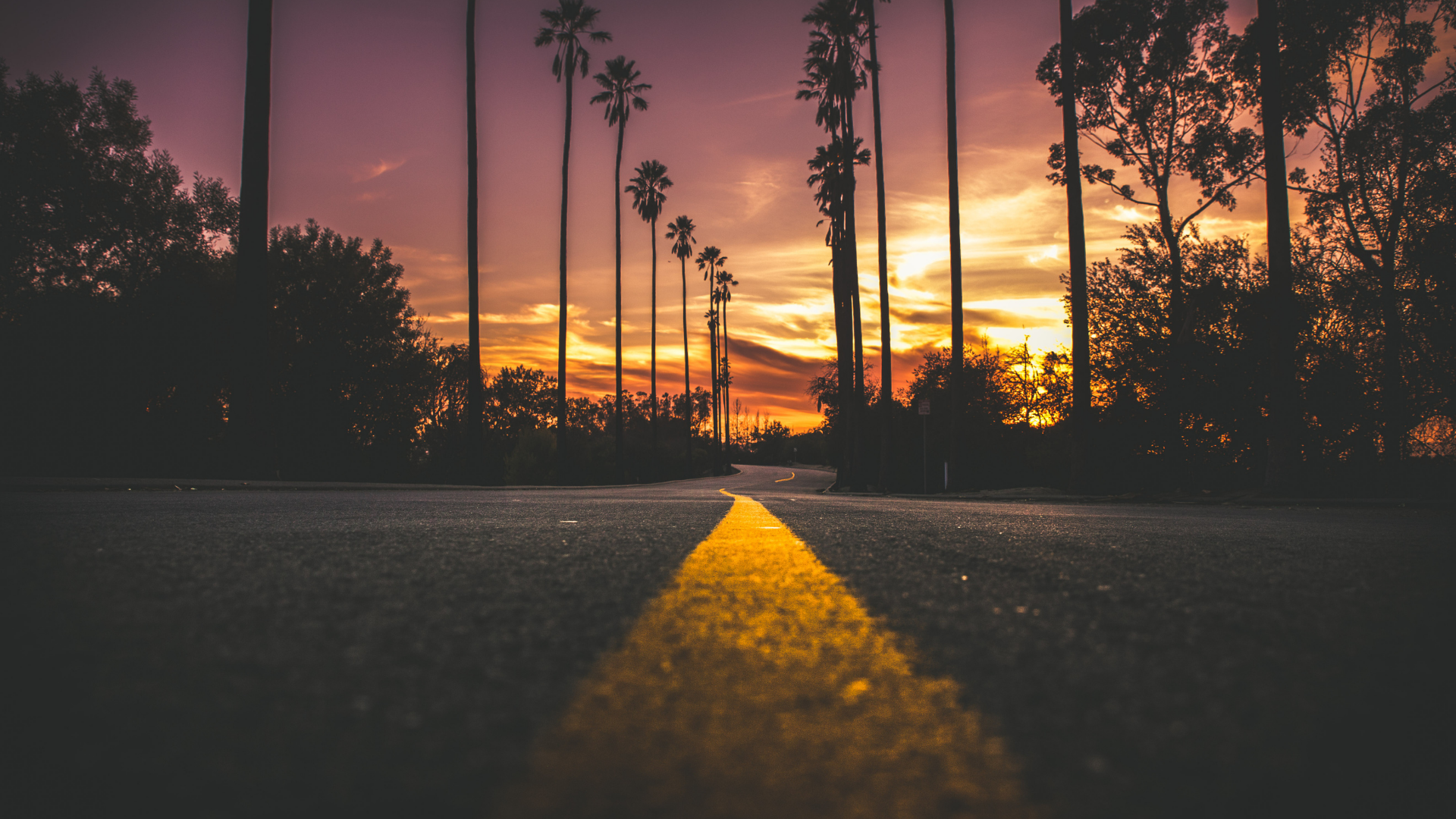 A fantastic magazine requires an even greater editor. This here Is a little story about the magnificent Tom Stahler, the myth, the man, the legend but most of all the managing editor of Journal.classiccars.com. A true car enthusiast just like me! Ever since I started writing about cars I would never believe myself if I told that I was going to get a breakthrough with my own car magazine. I never considered that sharing my thoughts and opinions about cars could go anywhere at all. But I was about prove myself wrong. People seemed to like what I wrote and still do! All of a sudden I would found myself in the middle of my first real breakthrough after just a year of writing about cars. How is that even possible? I guess I must have done something right.

As a writer It goes up and down, and I will be cautious about saying what lies ahead of my journey. I never tried to get a breakthrough before so It was a crazy feeling to say the least. If my thoughts would ever reach the point of getting a breakthrough, I thought It would just be a national breakthrough. As I have done so many times in my life already, I would find myself to be totally wrong! The breakthrough was not just going to be national. No! It was actually an International breakthrough… I was stunned, shocked or whatever word that best describes the crazy experience, but In a good way of course. It could not be true… But It was! All this thanks to Tom. 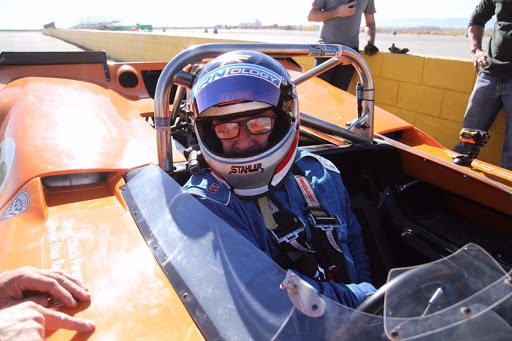 (Tom sitting “Comfortably” in what looks to be a vintage race car).

Tom made the difference

Who Is this legend, Tom? I guess you could say a passionate car guy just like me! Tom reached out, and found my magazine based on his interest, passion, expertise for cars and journalism. Little did I know that after he contacted me It would prove to have significant importance In the time to come. In terms of everything related to cars! This Is why this article Is going to have focus on Tom, his positive Impact on my life and my magazine Cnvestment.com. Is Tom actually a saint? It could very well be, but I’ll guess only he knows. But he most definitely deserves a tribute like no other.

It all started back when I published my article about the Pontiac G8 GXP. At first I thought this would just turn out to be a regular article with no significant importance to the community other than I felt It was pretty good. Who knows whether I am right about what I state In the article, In the years to come. If you are wondering what kind of article I am talking about, just take a look here Pontiac G8 GXP article (Posted on 10. April 2020 by Lars Madsen). This was some of my early work and I am still very proud of it!

A couple of days after publishing the article I noticed that a guy had commented on the article. This guy was Tom. In his comment, It quickly became clear he respected my work and shared some of the same thoughts about cars, as I do. This was a lovely confirmation! Especially from a guy of such an Importance to the car community. Not Just In America but all over the world. As I thought It could not be any better, he also offered the possibility of working together which made me super ecstatic. For a young guy with a heart beating for cars, this was almost as good as getting the keys to a Ferrari F50 with Tubi style exhaust (straight pipes)… Just almost.

The common interest laid the foundation.

We quickly began on working together. I would write articles for Journal.classiccars.com and Tom would make sure that they got posted and also help me with the details as spelling for Instance. I thought I knew It all already but I would quickly realize a different reality. I still have a lot to learn In terms of technical skills, and the English vocabulary. I am confident and learning as fast as I possibly can! I am a Danish guy after all. English is not my native language. If It was I would have to learn Danish and potentially have a harder time communicating In my everyday life.

If we look at some of the articles Tom has helped me with, It has gradually become quiet the collection. Wow! It Is easy to forget just how much work that has been done over the past year. Thanks to Tom and his professional expertise, guidance and everything else the articles was successfully implemented on Journal.classiccars.com. That really gave me faith to further develop this project of mine. You can find most of the articles I have written Journal.classiccars.com – Lars M.

I am currently In the workshop, brainstorming new ideas for cars and topics to write about. I guarantee you that there are a lot of great ones In between! All this while being supervised and guided by Tom, his long life expertise, knowledge about cars and business in general. This Is what makes it so interesting, and a good reason to work long hours and use so much time on this project. I love working on this! 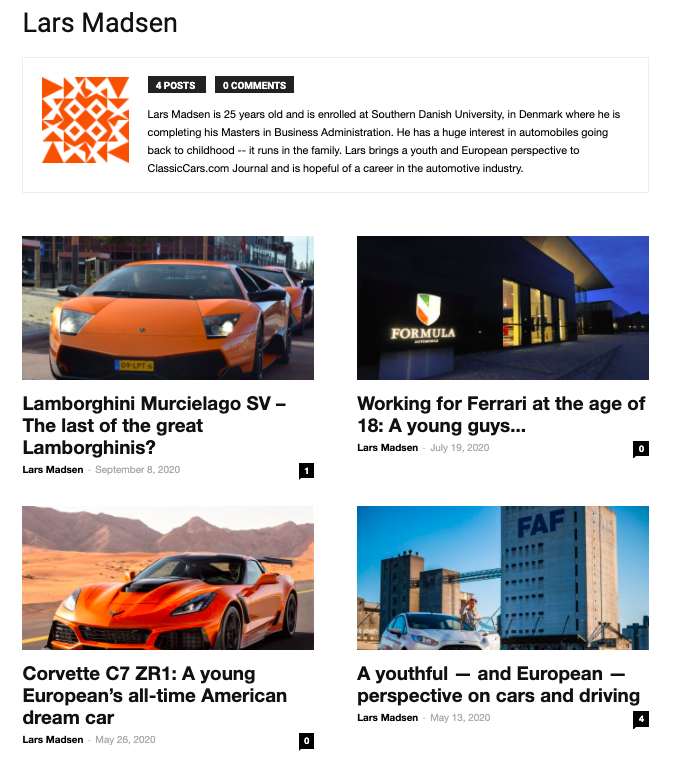 (Overview of the work I have done with Tom so far).

A future of cars and magazines?

Have you thought about your future then? Are there a plan or a you just cruising along? This Is quiet complicated to answer at the moment. Right now I am studying at the university In Odense, Denmark and just about to write my master thesis. This magazine project is only at the hobby stage at the moment and It would be a fault to call it otherwise. The time I can put into this Is limited to the extend I want it to have a vast influence on my studies. That Is why it might take a little longer In between each of my articles. I guess you understand that priority, and that I try to do my very best at all times. I have to make it interesting for you as a reader as well as for me personally. I want to make a good work I can look back at, and think I did a great job.

Even though I try to plan the future and think about what I really want to do and when, It Is presumably harder to predict the future, than what happened before the big bang. I might end up In the great land of America doing something with cars, or maybe as an consultant here In Europe. I might stay in Odense or doing something totally different? One thing Is for certain. I do not know what the future has In store for me, but I hope It Is good.

The way I met Tom was just as unpredictable as the rest of this adventure I am currently on, which Is somewhat of a story In itself. I am so thankful for that, and I feel both you as a reader and Tom should know that. The guidance Tom has given me, and everything he has helped me accomplish so far is one of the best things that could ever happen! The journey has just started, so jump onboard and follow me into the world of cars. You will not be disappointed!

One Reply to “Tom the legend – When a comment changes everything”