This is it! The Ferrari LaFerrari. It’s hard to find words to describe this modern era masterpiece of a car build by the great Ferrari in Maranello. Build with the spirit and passion from Enzo Ferrari, the founder and racing driver of Scuderia Ferrari. The Legends say that he was born with a blood type that had the same chemical code as high octane racing fuel. It’s hard not to believe because he lived and breathed for racing and have given the world, some of the best racing cars ever. Thank you Enzo for that!

“Racing is a great mania to which one must sacrifice everything, without reticence, without hesitation.” – Enzo Ferrari.

Sadly Enzo Ferrari couldn’t be able to witness this great car unfold and drive on his own estate. There are many great Ferraris out there, but this is really something different in almost any way. The power from a natural aspirated V12 delivering 789 breaking horse power combined with two smaller electrical engines. One of them generates kinetic energy from breaking, just like in formula one. The other one helps directly with power. They produce 161 breaking horse power together. In total this gives it a staggering 950 breaking horse power which of course provides enough power to run a spaceship to the moon and back, and go above 320 km/h = 200 mph. Simply astonishing performance. 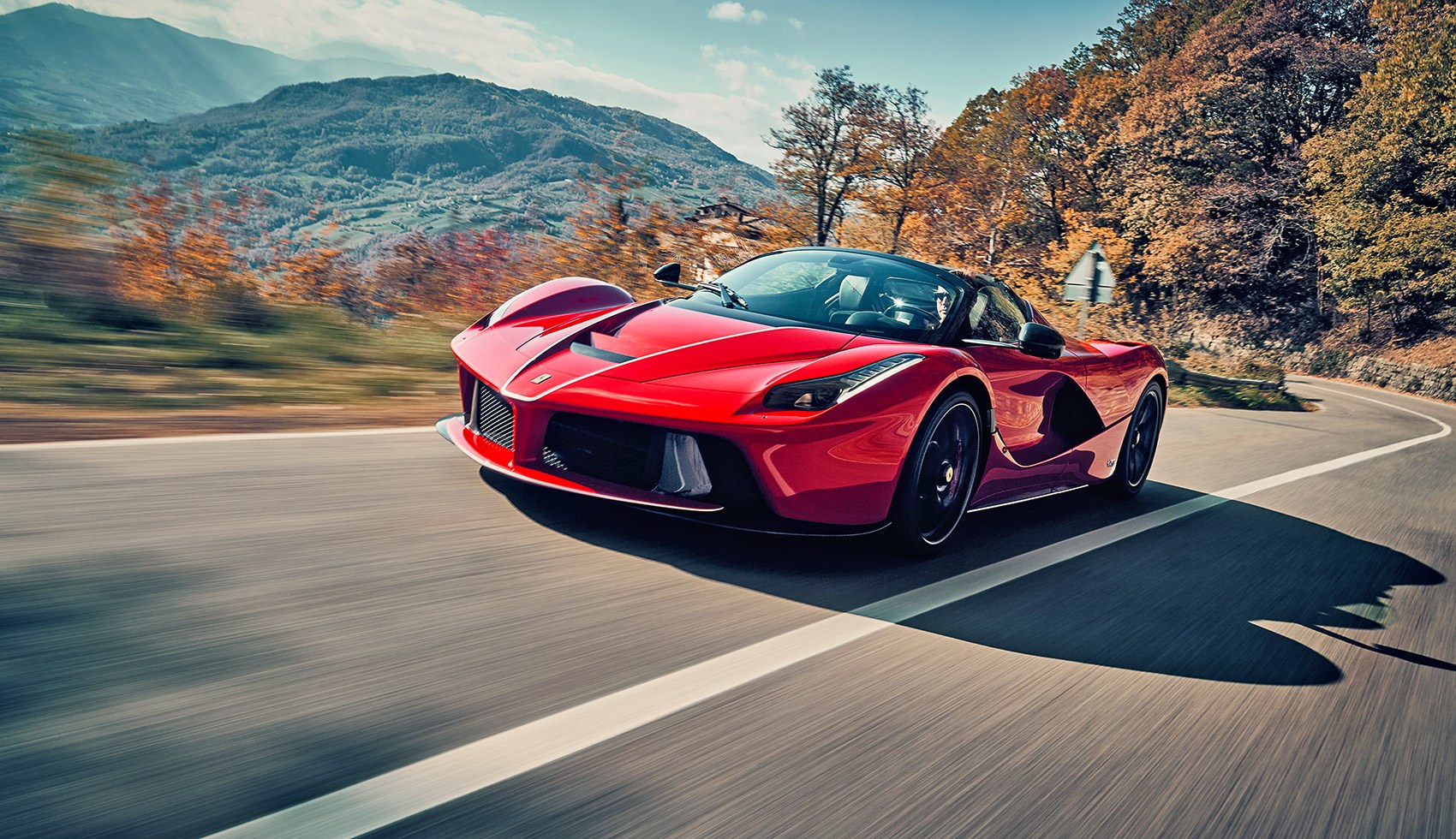 The focus of this car is pure racing and therefore the engineers of Ferrari made it is as light as a feather. The car weighs only 1585kg = 3494 pounds and sends it from 0-100km/t (0-60mph) in just 2,5 seconds! That is very impressive considering the weight of the two batteries which normally adds a lot of extra weight. Ferrari La Ferrari is the first of the modern road going Ferraris to feature a hybrid engine and is also the only one yet. It is a very unique car in so many ways, it all adds to the specialty of this car, making it such an engineering and passionate masterpiece. Everything seems to be different except the huge 6,3 liter V12 which can also be found in the Ferrari F12 and Ferrari FF. It was said to be the last of Ferrari legacy with V12 canceled. But hey! the engine is still being build.

The hypercar battle of the century

Back when Ferrari debuted the LaFerrari, people had already been talking a lot about the car. Why? Because it was said to be in competition with two different and well known supercar/racing brands. You guessed it, Porsche and McLaren. Both have a large history of racing against Ferrari, in both 24h Le Mans (One of the most well-known international races on the planet). Also in the famous Formula 1. Since McLaren and Porsche made their own answer to a Ferrari LaFerrari killer it really got the talking going.

It was supposed to be the hypercar battle of a lifetime, with no previous battle matching it. Both the McLaren P1 and the Porsche 918, as they were called had almost similar performance as the Ferrari LaFerrari. The new Top Gear host Chris Harris, made a great video on Youtube illustrating the difference of the cars. You can see it here:

What are my thoughts about this car and what rating would I give it in terms of driving?

After working for Ferrari, at one of their authorized dealerships in the younger days. Driving almost every Ferrari ever build, this really stood out! Imagine driving a Ferrari 458 supercar and think WOW this is fast! Then get blown away by an even crazier, faster and more insane Ferrari La Ferrari. That is probably how you would feel. I would bet my right foot on that. 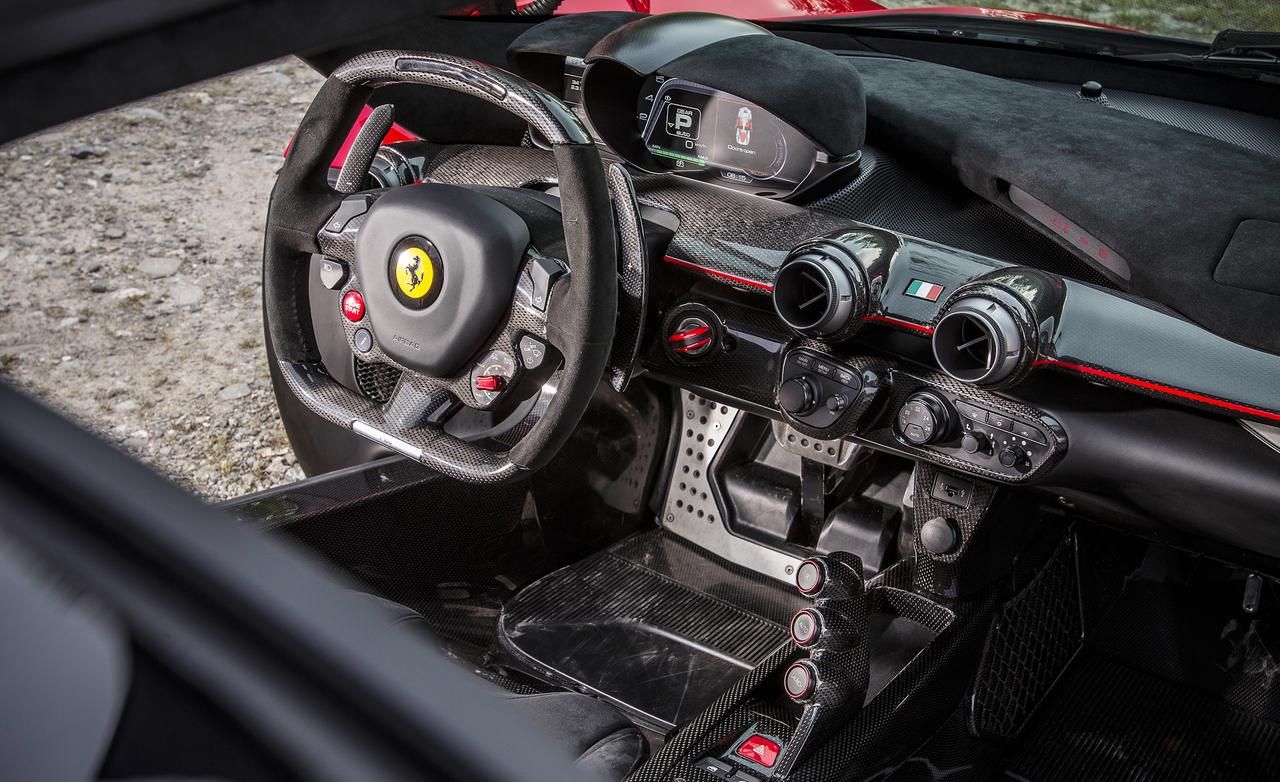 The feeling you get of this car is immense. Purely build around you with only one purpose. That is for racing. It is there from the moment you enter the barbaric and ruthless cockpit. It screams “this is serious business” straight to your face, from the moment you grab your hands to the steering wheel. Just look at it! You are in heaven!

Build with focus on one thing!

The Ferrari La Ferrari is built for racing on a track. You can also going for a little stroll on a sunny Sunday, on the normal roads of where you might live. That is no problem. It has its ups and downs, and you’ll see why. There is limited space and you sit very, very low. It is actually a funny feature Ferrari thought of when making your future car. Ferrari removed the function of adjusting the seat in order for the driver to sit even lower. This was done to create a lower point of gravity. It increases performance and overall stability when you send it at high speeds into a sharp corner. These are the small things that gives this car a touch of magic. Hey wait! What do you do then, If you don’t fit? Ferrari heard your question and the answer lays right in front of you. The adjustable foot pedals. This means that you adjust the pedals to your specific height. With the whole module moving either towards or away from you. Depending on what suits you the best.

As i also mentioned in the article about the great Ferrari 360 Modena, it really doesn’t matter which Ferrari you drive. They all give you a special feeling in the body every time you drive it. Think of that and add even more to that feeling when you’re driving this car. The sound of the roaring V12 is like music to your ears, the looks from both the in- and the outside really brings something extra special out. You can even get it in a Spyder version called the “Ferrari LaFerrari Aperta”. In the Aperta version you are able to remove the roof. 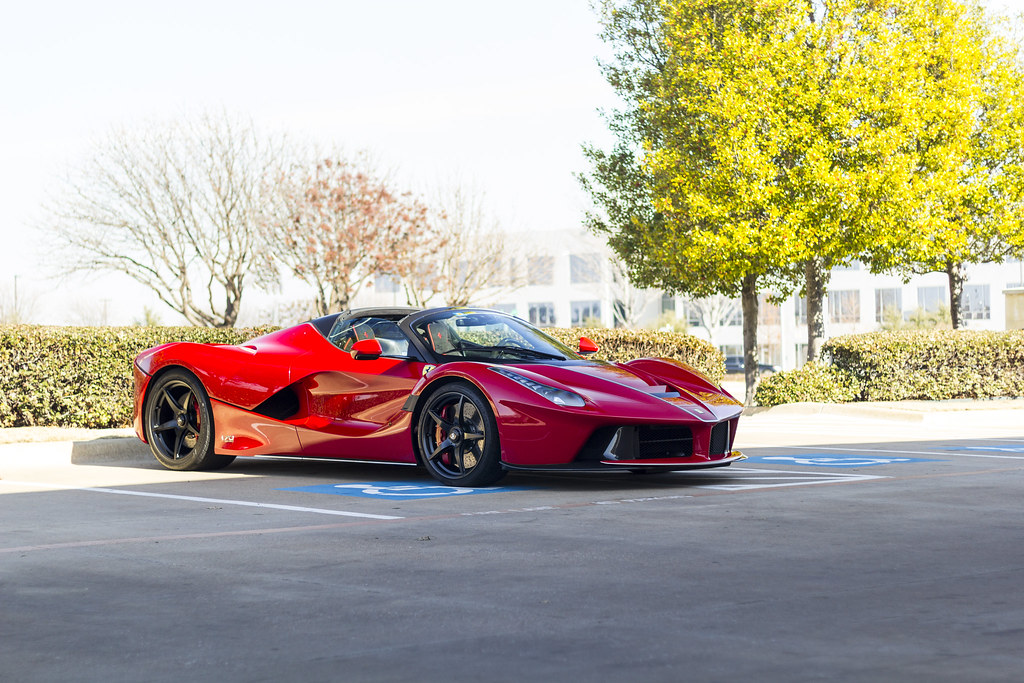 As for the investment perspective I think we are in for one of the all-time great Ferraris. It is with no doubt going to the big league alongside the famous Ferrari 288 GTO, Ferrari F40, Ferrari F50, Ferrari Enzo. Maybe even above them. Now you might wonder why there is only 4 stars and not all 5. The fact that there has been produced 499 of the normal version and 499 of the Spyder version “Aperta” is already an indication that it is not a part of the rarest Ferraris out there. Yet! Back when it was launched in 2014, it started from around 1 million dollars more or less depending on optional (just under 1 million euros). All the cars was sold out before they even hit the streets.

What happened with the price?

Today the picture is way different with an increasing in price of up to 300% . It has gone bananas to say the least. In just 6 years the price have increased that much! Please comment If you can think of any other car with the same increasing in price. I don’t believe there is anyone out there that can match this. I found some Ferrari LaFerraris (With the Aperta version the most expensive) for sale using this very professional webpage called Jamesedition.com where this and much more super exclusive cars can be found. For the European market mobile.de also have some good examples for sale. See for yourself here:

Have we seen the best from this car in terms of investment? It is hard to say, but I don’t think so. The best is yet to come. This is also one of the reasons for it only to be given 4 stars and not 5. There is no doubt that the car will maintain Its value and eventually become more and more rare as the time goes. Maybe because of totaled cars or like we seen with barn finds, they disappear for a long time and therefore people are not aware of them etc. 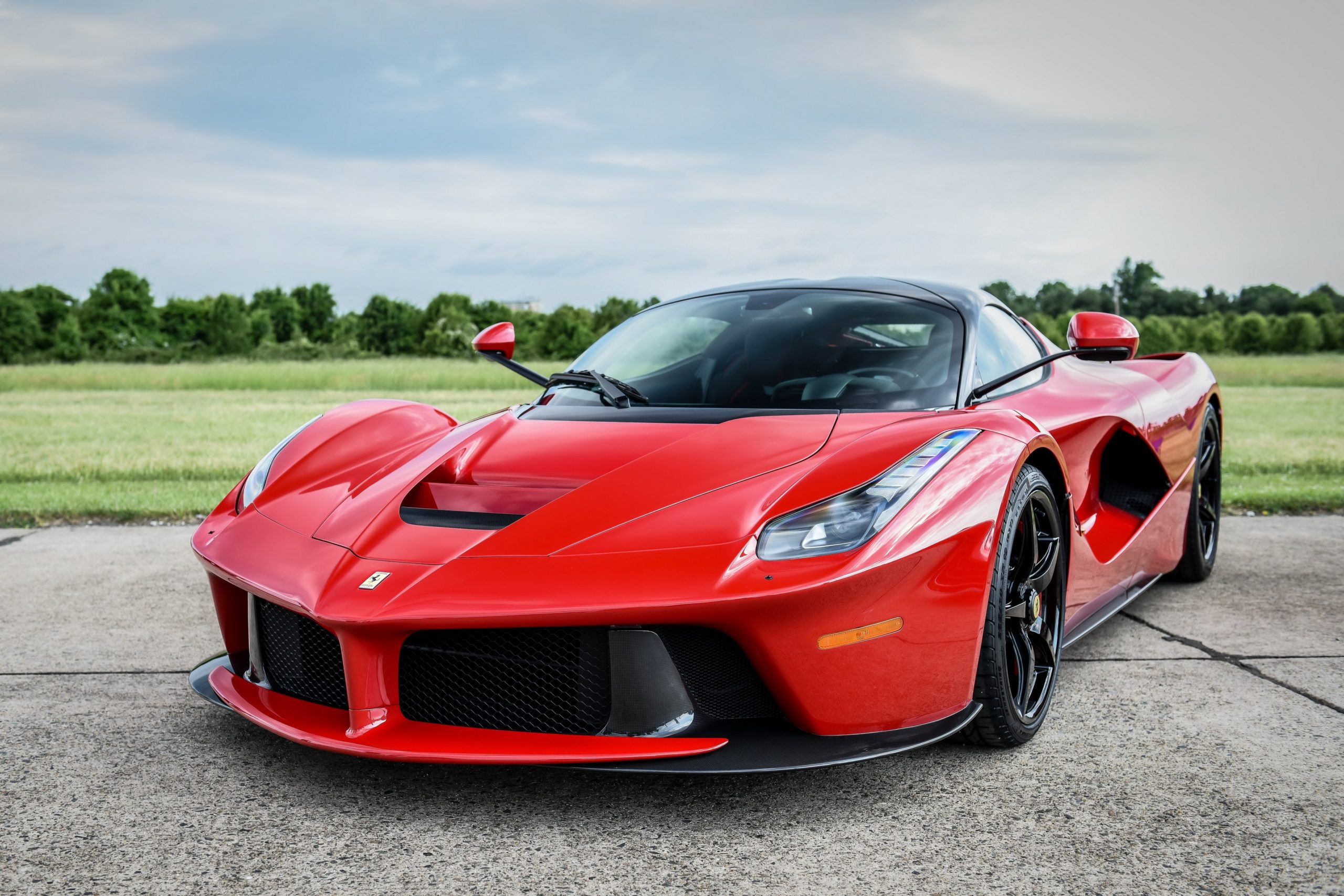 It’s hard to think of a Ferrari that have got such an increase in price within such a short time after It debuted and It is therefore very interesting what made it so popular. Maybe because it was ahead of Its time with the digital display, spectacular design being so good it even looks like it could easily be a 2020 model from Ferrari, or simply because of the hype back then. Time will tell what will happen with this fantastic pieces of machinery but if you have the money go get one!

It will go down in history to become one of the all-time great Ferraris and the price will definitely follow the same path, but maybe not in the same rate as we have seen so far. It might eventually become a both great investment and perfect driving machine.