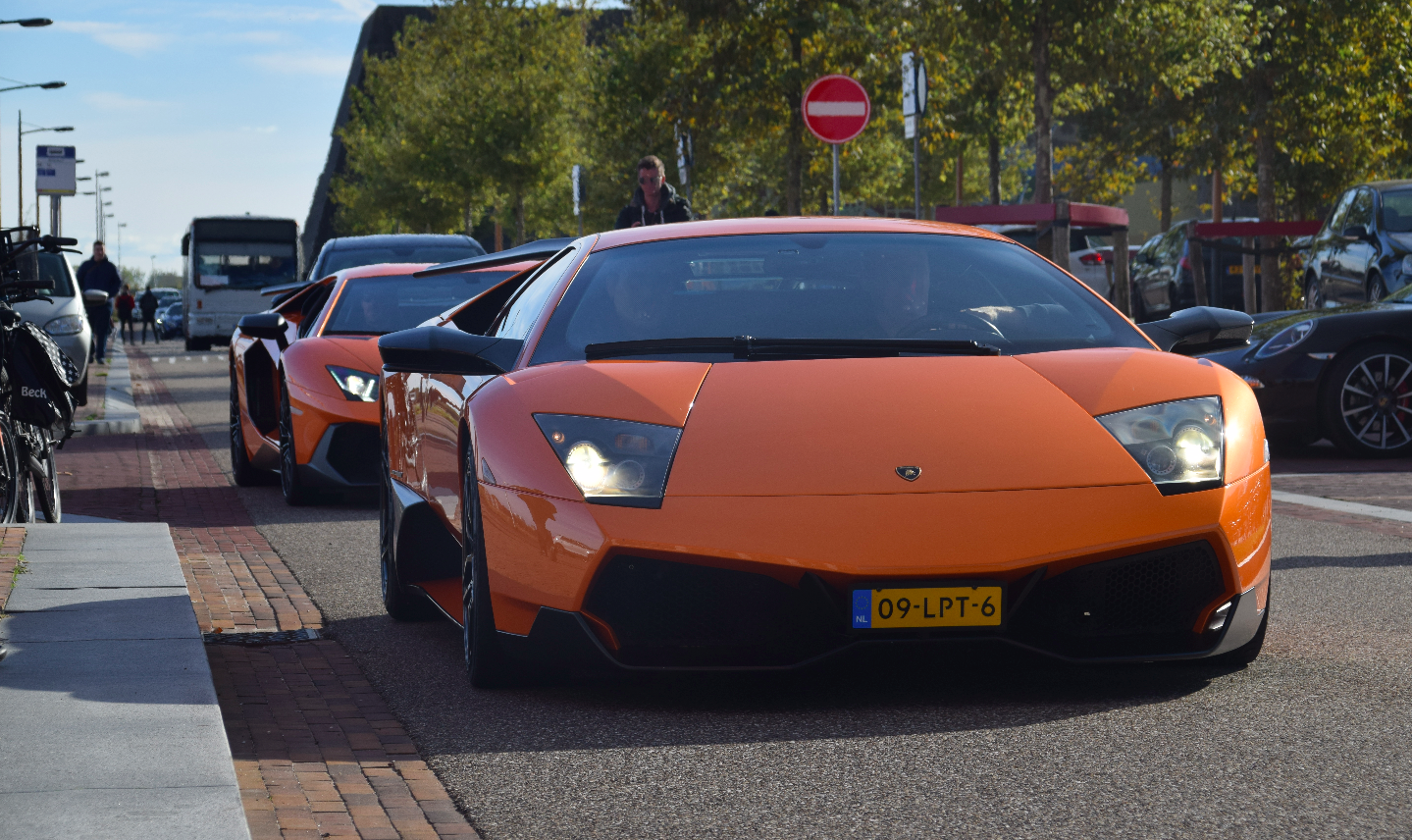 Lamborghini. You might associate this word with uber luxury and the tip of the iceberg when it comes to exclusivity. You’re pretty much right, but it’s much more than that. Lamborghini has really build up a strong brand in almost everybody’s mind. But for me it’s way more than a car with a special logo. It’s soul, passion and racing in focus. This is where the Lamborghini Murcielago SV (Super Veloce) comes into the picture. 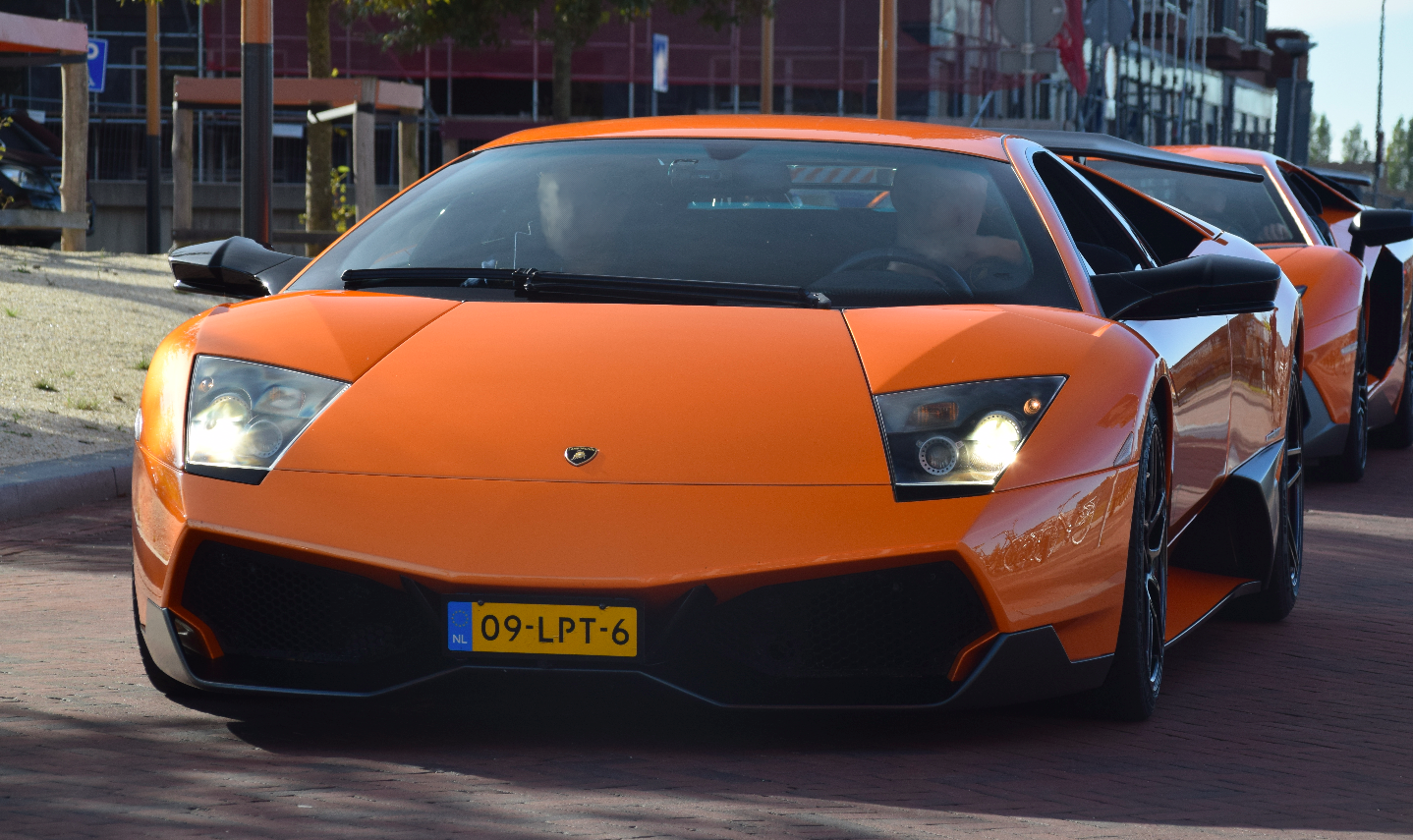 History of Lamborghini dates back to 1963 where it was founded by Ferruccio Lamborghini. As the history goes, Lamborghini was founded to compete against the dominating Ferrari. Both Italian. These two car companies should later on became famous rivals not only on the racing track but also on the normal roads.

Lamborghini has made a lot of famous and very special cars through their long history of production. But there is one that remarkably stands out from the rest. Yes! I’m talking about the Lamborghini Murcielago SV or the Lamborghini LP670-4 SV as it is also called. One of the most spectacular and notorious Lamborghinis ever to be produced. For the road at least… But you get the point. It is special in almost every possible way. Truly magnificent! 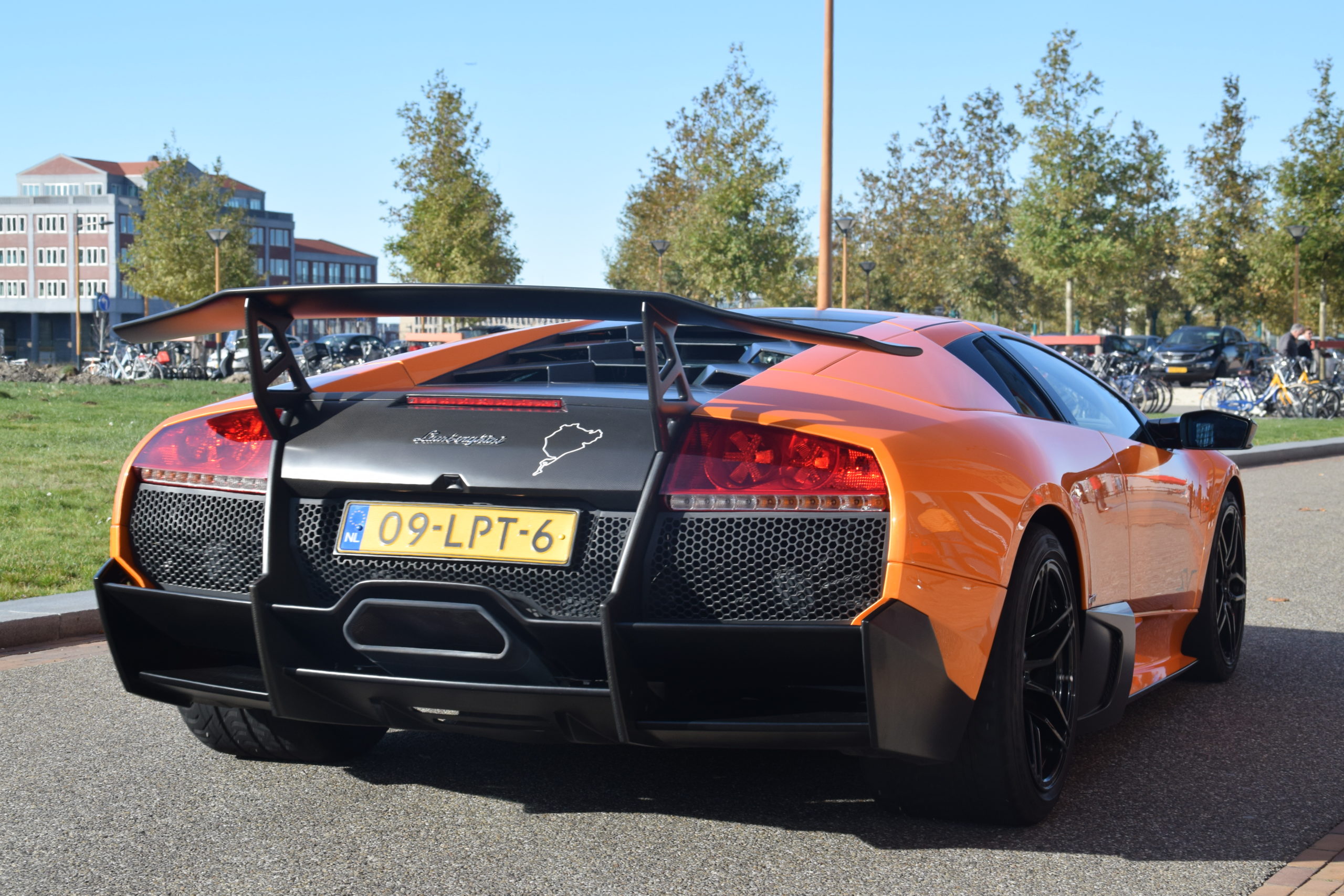 (The massive rear-wing and the huge exhaust in focus on the SV).

The Lamborghini Murcielago SV. Yes, that orange car you can’t quiet see on the pictures. In case you were in doubt. The car is powered Lamborghinis very famous V12 engine which in this case have been drilled up from a mere 6.2 Liter in the “standard” Murcielago to an insane 6.5 Liter in the SV edition. This gives the Murcielago SV a stunning 670 brake horsepower which the name of the car also indicates. It also comes with a four wheel drive that explains the reason for the number four in the name.

Lamborghini only produced the car from 2009 to 2010 which means that there is only a few handful of the cars out there. Most of them stored and kept away, but If you are lucky enough you might spot one in the wild. They made the car with both a manual gearbox as well as E-gear as their automatic gearbox is called. E-gear… seriously what a name for a gearbox. The name would be more suitable the gearbox in a bumper car. Of all the produced Murcielago SV, only 6 of all the produced are manual which makes it one of the rarest Lamborghinis, and cars in general. Here you can see the difference from the Manual and the Automatic version of the car. If you think the manual looks better, you are allowed to continue reading. No! Both looks great! 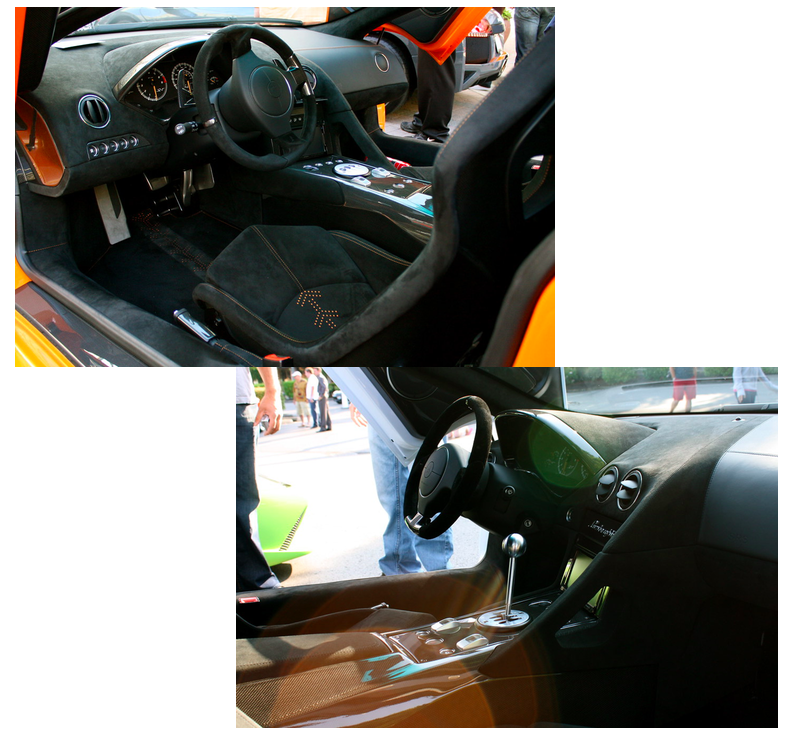 Personal experience with it

Have you ever driven one? No unfortunately not. Would I like too? You bet I would. It would be such an honor to take on of these majestic beasts for a spin, especially the manual one. I have a big sweet spot for manual cars as you might have noticed steadily. Have you seen and experienced one then? Yes I have. This is where it gets exciting. As the last article covered me working for Ferrari in Denmark I experienced a lot of different supercars and special cars where the Murcielago SV was one of them.

It might come as a huge surprise for most of you but with almost every older Lamborghini, it comes with surprises. It can hardly turn, the ride height is almost not exciting. So if you want to step into a car and not sit down into, this is one of the worst choices you can make. It noisy and there is no comfort what so ever! But… this is all a part of the integrated design. 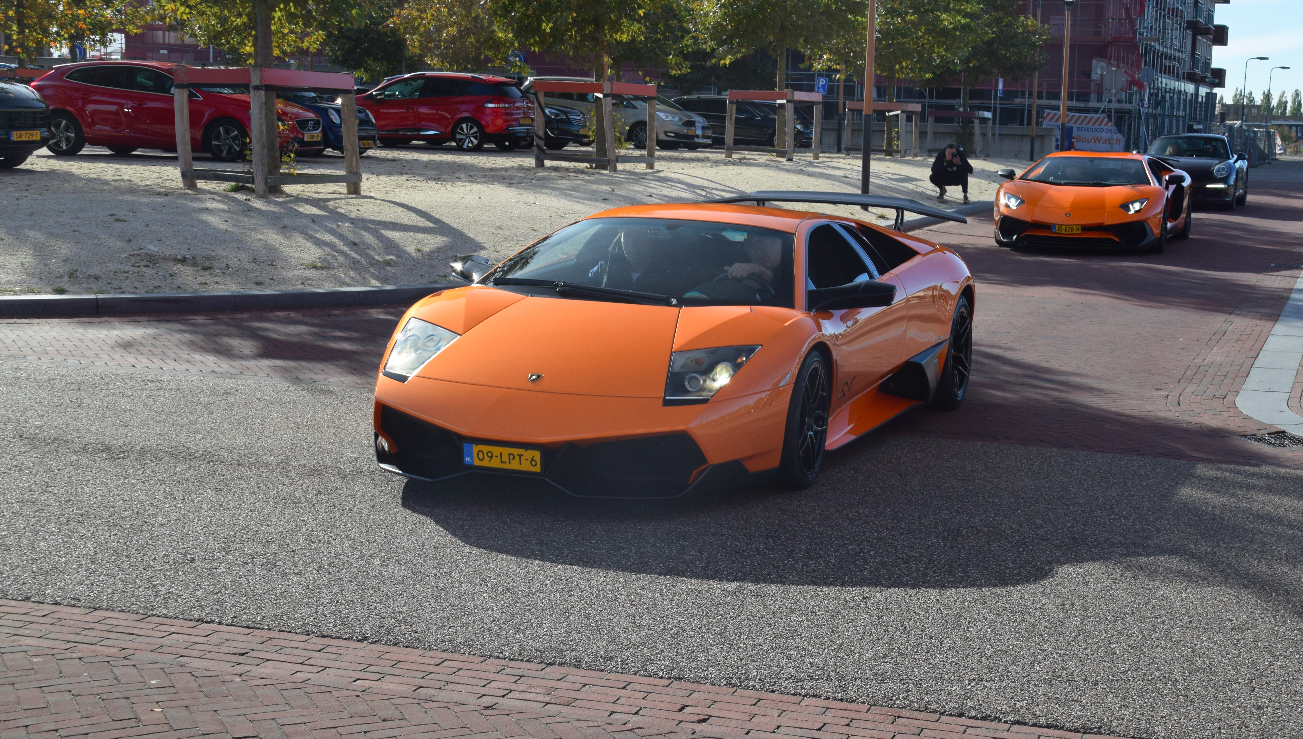 The Lamborghini Murcielago SV is built for going around sharp corners very fast and It does that to perfection. Mainly due to the sharp steering, low ride height and extremely hard chassis. You can almost feel it in the body, how it pulls serious G-forces in your body, just like flying a fighter jet. Just almost. The sound of the massive 6.5 Liter V12 tops it off. It delivers in every aspect and is why it’s one of my all-time favorite Lamborghini. If you asked whether I would go to heaven or try the Murcielago SV one time and end up in the wrong place, there would be no doubt. Heaven of course. No way! Give me the keys to the Murcielago SV already. That is just how much I love it.

Is it a good Investment?

What about the Investment perspective then?  Is it going to be worth anything when everything goes electric or will it be the hot shot of the century? I think we are looking at one of the most potent Investment cars this blog will ever feature. The rarity is clearly not the only important element of this particular car. It has all the aspects a modern supercar lacks. They really lack it! The spartan design, the complete alcantara interior, no digital nonsense, supercar driving ability and the hardcore soul of Lamborghini. A though and rough car that takes serious skill and dedication to drive.

You will quickly understand and feel it when you drive it for yourself. No doubt about it. The Lamborghini Murcielago SV, is so specific that it has almost no real competition other than the Ferrari 599 GTO, which is also a masterpiece on Its own. The fact that Lamborghini will never go back to these times of V12 and the character it had back then, is what defines this very special supercar. It is a pure gem of investing and in 20-30 years I’ll promise you it will go down in the history books, as one of the most spectacular Lamborghinis ever made. Should you Invest in this car? Yes! There is no other answer to this question. Just look at it! 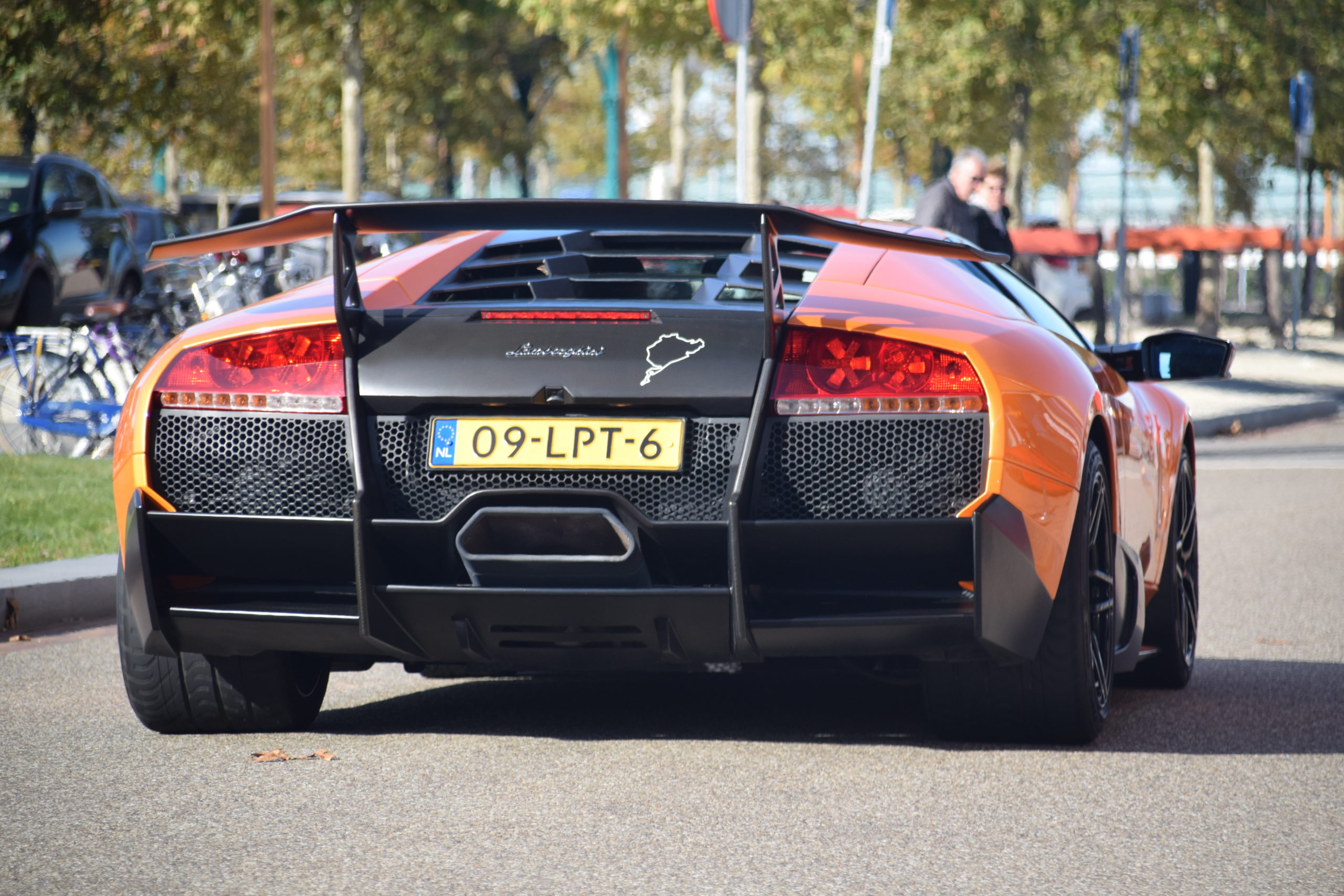 What is it going for?

What are the prices on these cars then? If I say you could choose between a NASA space rocket or the Lamborghini Murcielago SV, you pretty much know the price. It’s damn high. The Manufacturer’s Suggested Retail Price or the MSRP as Its also referred to started at $354,000 (299.000 €) and a fully optioned Murcielago LP670-4 SV sold for $382,000 (323.500 €). That was very much back in 2009 and gives a clear indication of the potential of the car. Out of the very few in existence I managed to find some for sale. What about the and the price? Yes it is what you would believe It is. High.

I found some cars on both Mobile and the super exclusive site called Jamesedition. The cheapest and only one for sale on Jamesedition starts from around $460,000 (390.000 €).

That is an increase in price of approximately 70% with inflation excluded. That is crazy over an only 10 year period. Will it contentiously be a good investment. As I said before I think we are looking at one of the very best and most sought after supercars in the future, right here. Only beaten by the Ferrari La Ferrari so far I would say. Look at that article if you haven’t done that yet.