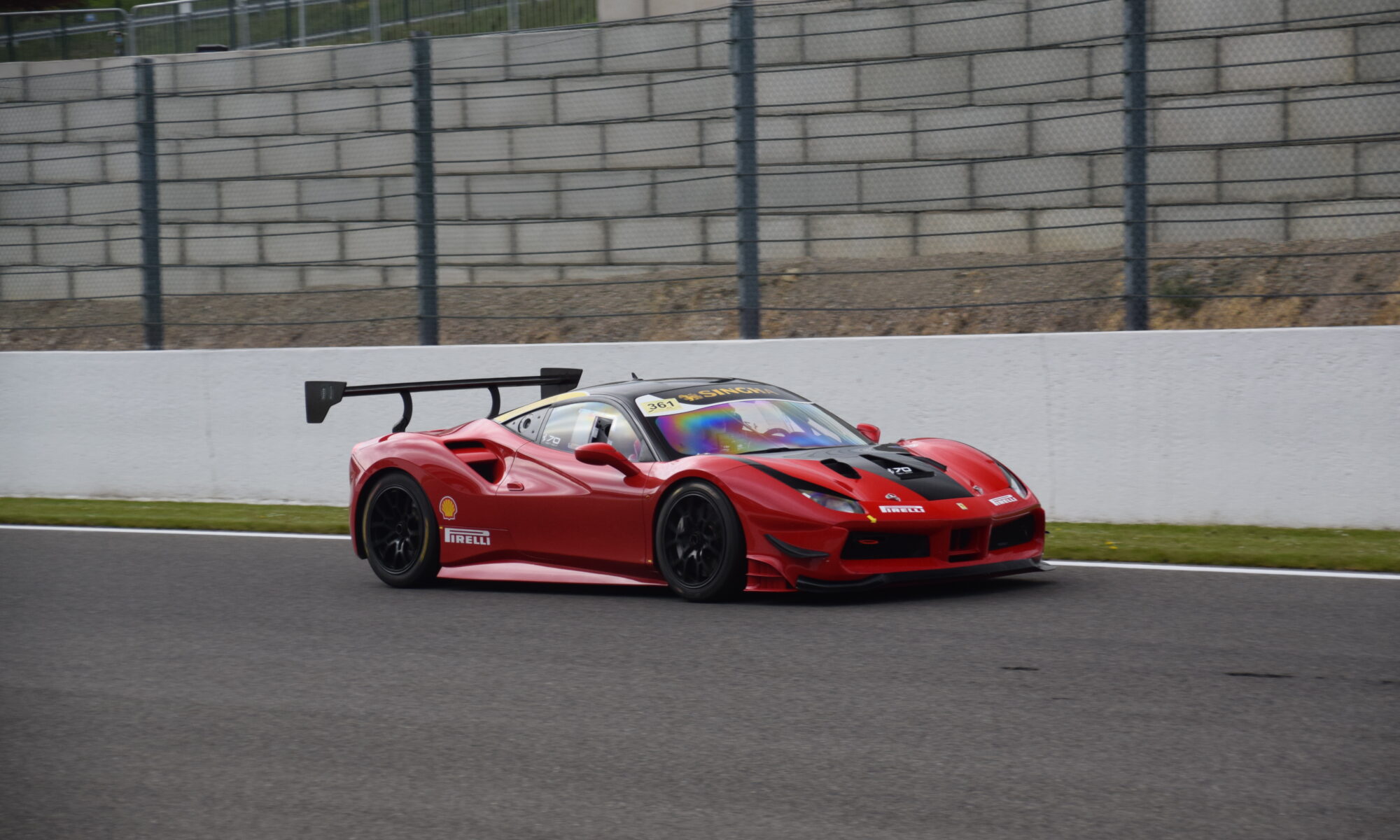 Motorsport, racing has always been one of the most exciting and extreme branches of automotive culture as we know it. It is, in motorsport where legends are born, technology shaped and history is made. All these things Is what makes motorsport and racing so great for us fans on the sideline, and for the lucky ones behind the wheel. A life with motorsport is just better than one without. Those who do not think so, have not witnessed a great race yet. I think you can easily think of a racetrack as the modern and more humane version of a gladiator arena, where joy and emotions is everything. It Is hard to describe these emotions using only words, but I will try my best to do just that. 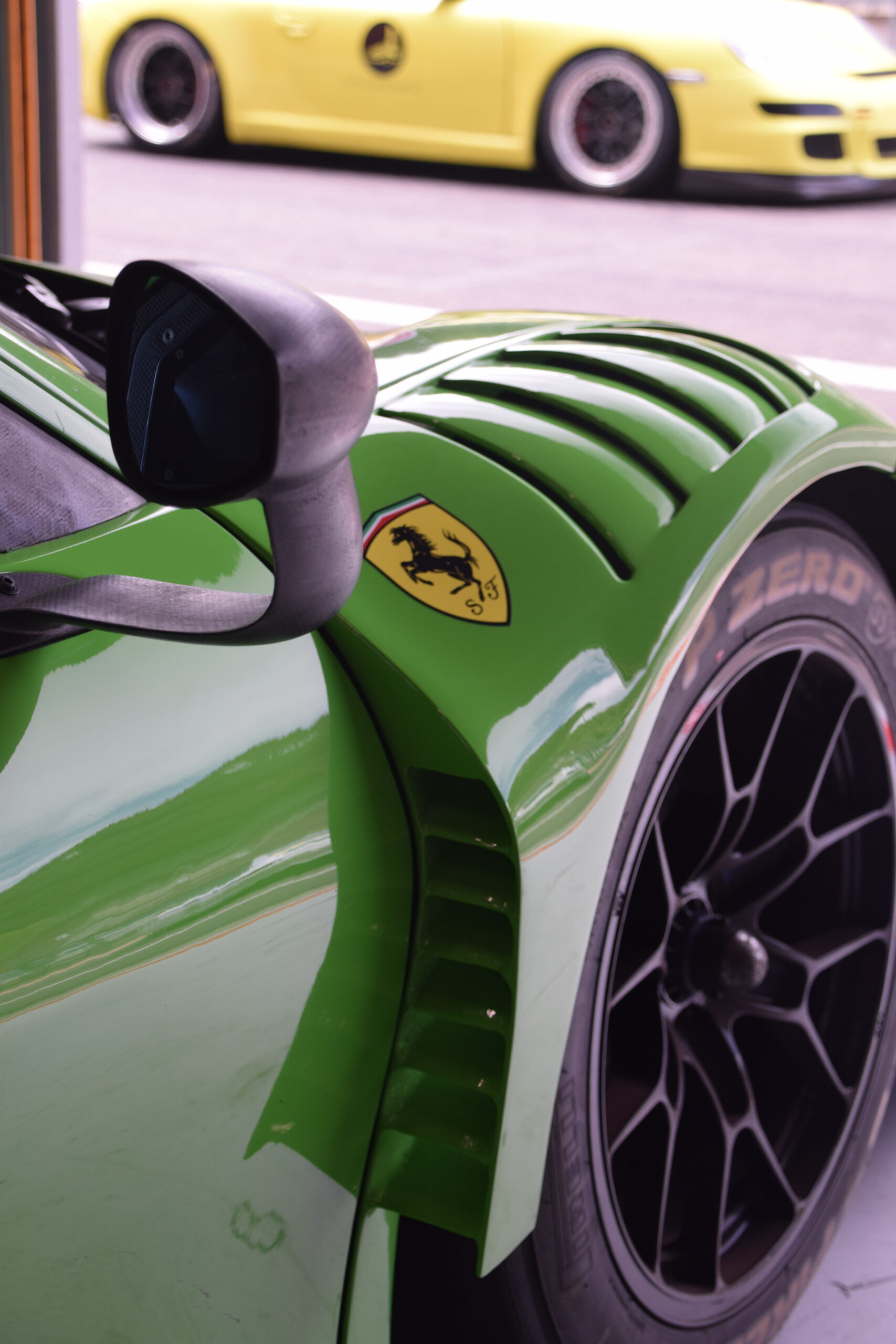 The feeling of seeing your favorite racing driver win and celebrate Is incomparable. Not even winning the lottery Is as great as this, unless the price pool is high enough for you purchase a proper racecar and then race with them, then you would like to be the one winning. Then It Is probably just as great. Sounds like you have tried just that Lars?… Only on PlayStation so far. But hopefully one day I can make It into the world of racing. I guess I would start slowly, with Formula one and snatch a quick world championship, maybe already the first year of participation if I feel for that. But again, that might be too easy. Maybe winning the Le Mans 24 hours, driving all the 24 hours would be more interesting, but that might be too easy as well. Or maybe I should just stick to my PlayStation. 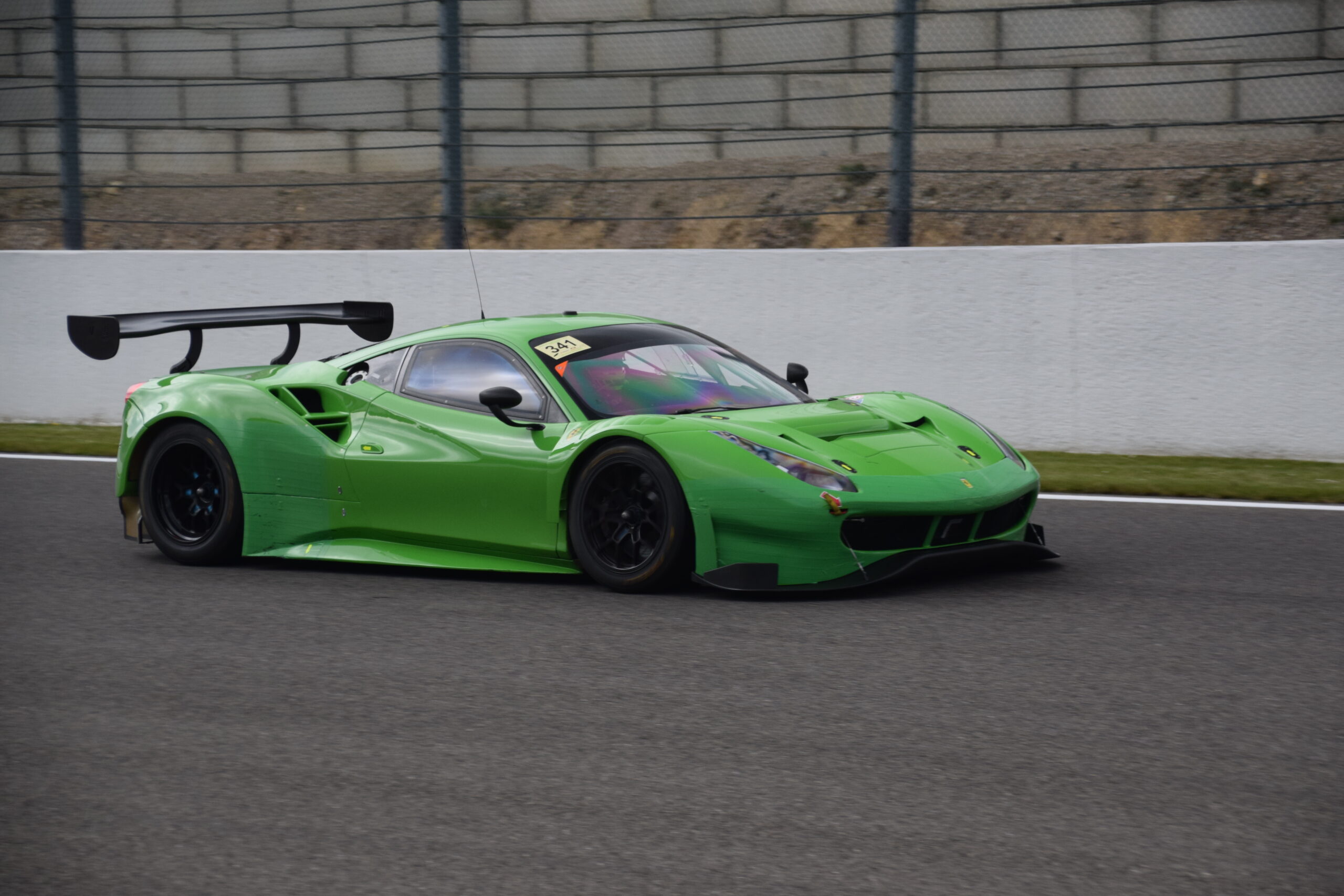 Where should I start…? I wish I could go back In time and relive this tremendous experience again. What experience am I talking about? The year was 2012 and I was visiting my first ever Formula One race, a truly remarkable event In every possible way. I had the pleasure of experience it live at Hockenheim (Germany) In the summer of 2012. Back when the Formula one cars had a 2,4 litre  screaming V8, with manual deployment of battery power through the Kinetic Energy Recovery System (KERS) button and when Drag Reduction System (DRS) was still relatively new. 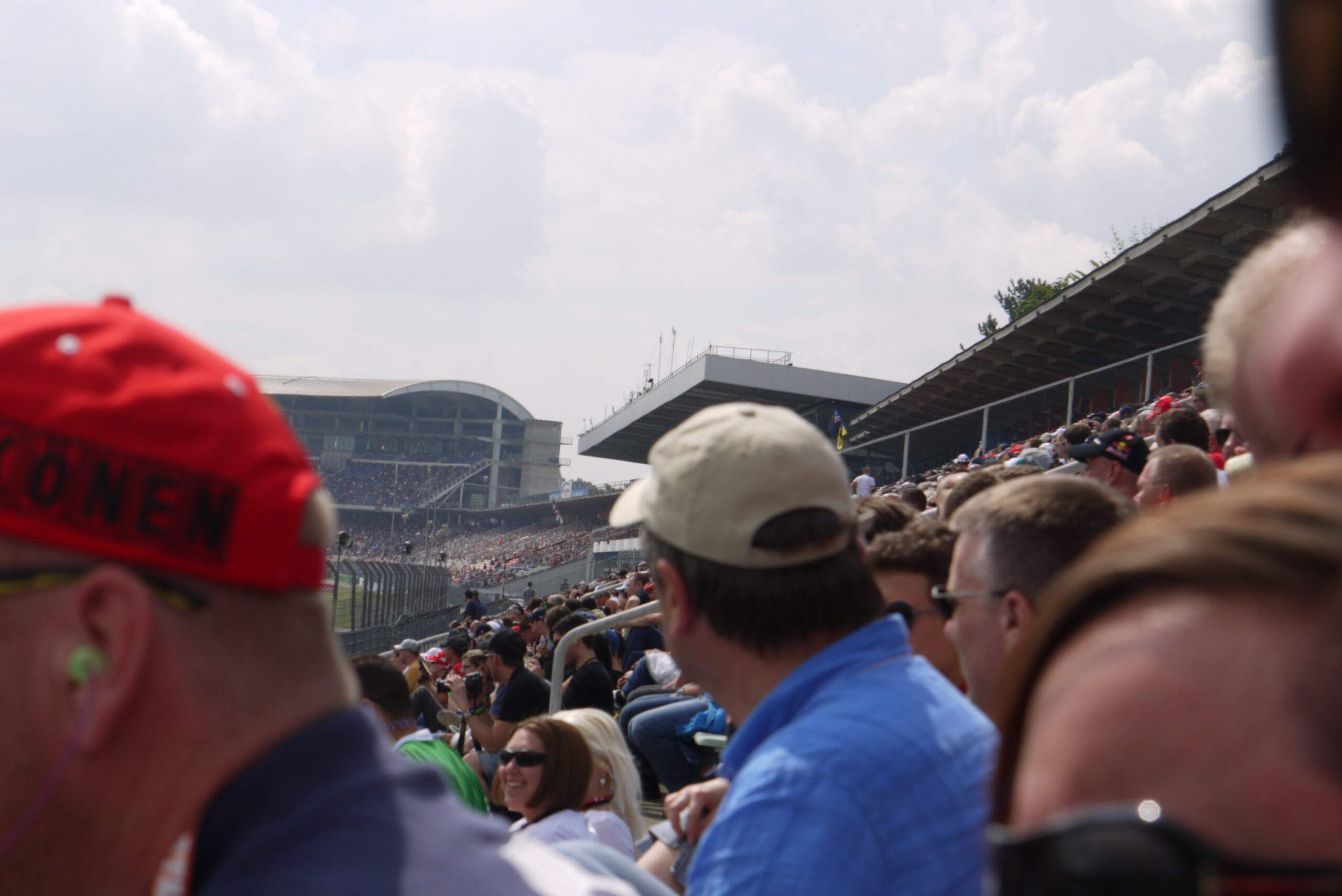 (The long grandstand at Hockenheim, you can almost feel the atmosphere…).

I remember it clearly, as if it was yesterday. My dad and I sat in turn one with a clear view over the paddock and pit exit. We saw all the drivers doing test starts and how they carried speed through turn one, when doing a hot lap. It was almost unbelievable with the speed and sound! I remember seeing Michael, an Icon In the sport not knowing It was his last ever Formula One season, In the seat of the Mercedes “Silver Arrow”. To think back at this I am so happy I experienced It. It was magnificent In every possible way.

One guy stole the show

There was however one guy that genuinely stole the show from my point of view. It was not Pastor Maldonado (King of crashes) as you might have thought. No… It was my idol, Sebastian Vettel . He still Is my idol within this great sport of Formula One, and always will be. 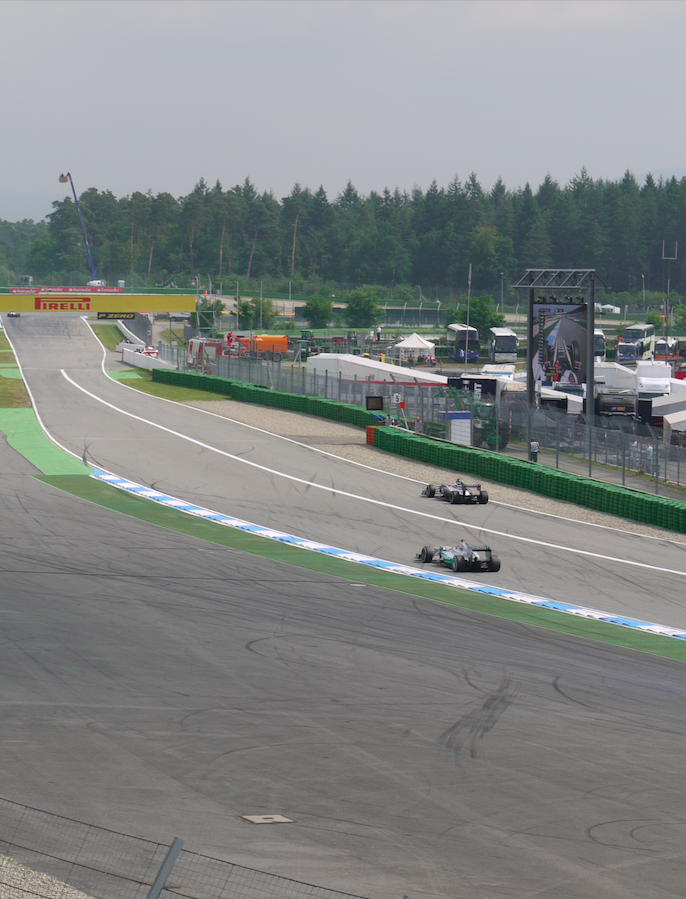 (Michael Schumacher and possibly Bruno Senna out of turn one).

It all started back when he drove for Red bull Racing. I remember my passion for Formula One came from seeing him winning almost everything In 2010 to 2013. I liked the way he changed his helmet design from race to race and I thought it was so cool. It was the small things that made me such a big fan.

The sport evolved and with Sebastian Vettel’s switch to Ferrari In 2015 he got Ferrari back on winning course. He lost out on the championship to the great Lewis Hamilton in 2017 and it only went one way from there. Downwards, sadly… He Is unfortunately not where he was as back In his prime, however that will not change my perception of this great guy and the fact he just drove his last race as a Ferrari driver In 2020 made me shed a tear. As times move on new great persons join the sport and I really like most of them and think the sport will be even better In the future with all the massive talents that are currently driving.

A passion for life

My love for motorsport Is a really big part of who I am, and how I think about life. At 2 years old I could sit and watch formula One and other racing events for hours without a break. The picture is totally identical today, not even the slightest change. Even though I love racing so much, I never had the possibility to participate on a higher level than In some rental go-kart events. However I don’t think I am the new Michael Schumacher, probably more like Lars Crash Madsen. I guess It Is good I have my view and experiences from the sideline, and not in the cockpit of a very quick racecar. But I hope to do some more racing one day. 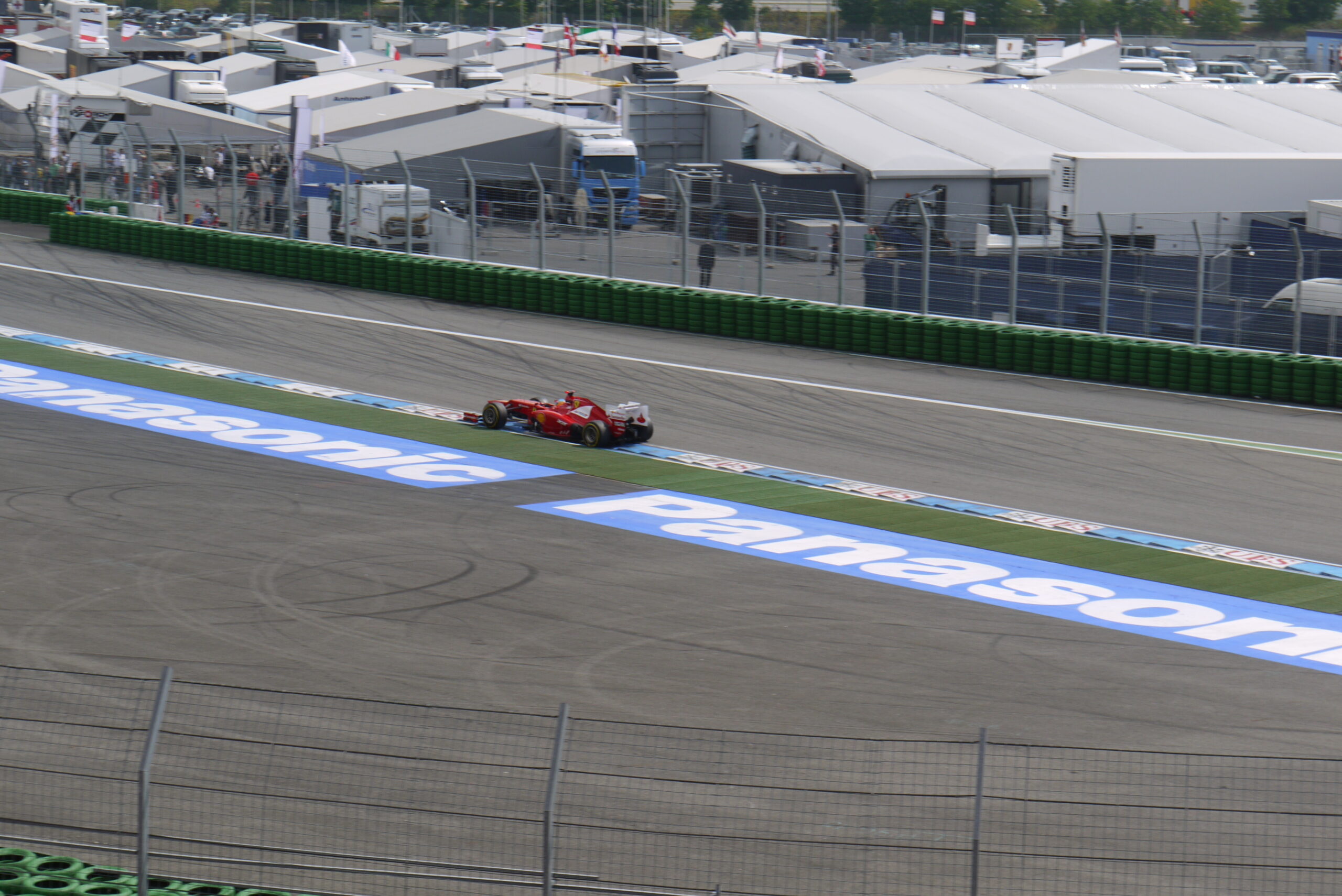 The passion for motorsport have undoubtably shaped the way I think about cars for the public road as well. I am not the usual SUV or Mini-van kind of person. No way… I am focused on sport and not comfort. It can be about comfort when I can’t walk anymore or something like that. It sounds crazy for the normal person, but I guess I am not a normal person either. To sit for hours as 2 years old and watch motorsport might have damaged my brain and my perception. But I love It. If I could drive a racecar to work with only one seat and a noise level that would make a rocket sound like an electric car, then It would be worth It.

Taking the passion to the next level?

I hope that I can take my passion for cars and motorsport to the next level and make something useful for somebody out there. I am sure that there Is somebody out there that has the same insane passion as I do, and I believe I have already have met that someone. It Is so cool and when we are together we don’t do any else than talking about cars. Even when we drive we talk about cars. It’s wonderful and I would be more than happy to look back at a life full of cars and motorsport. 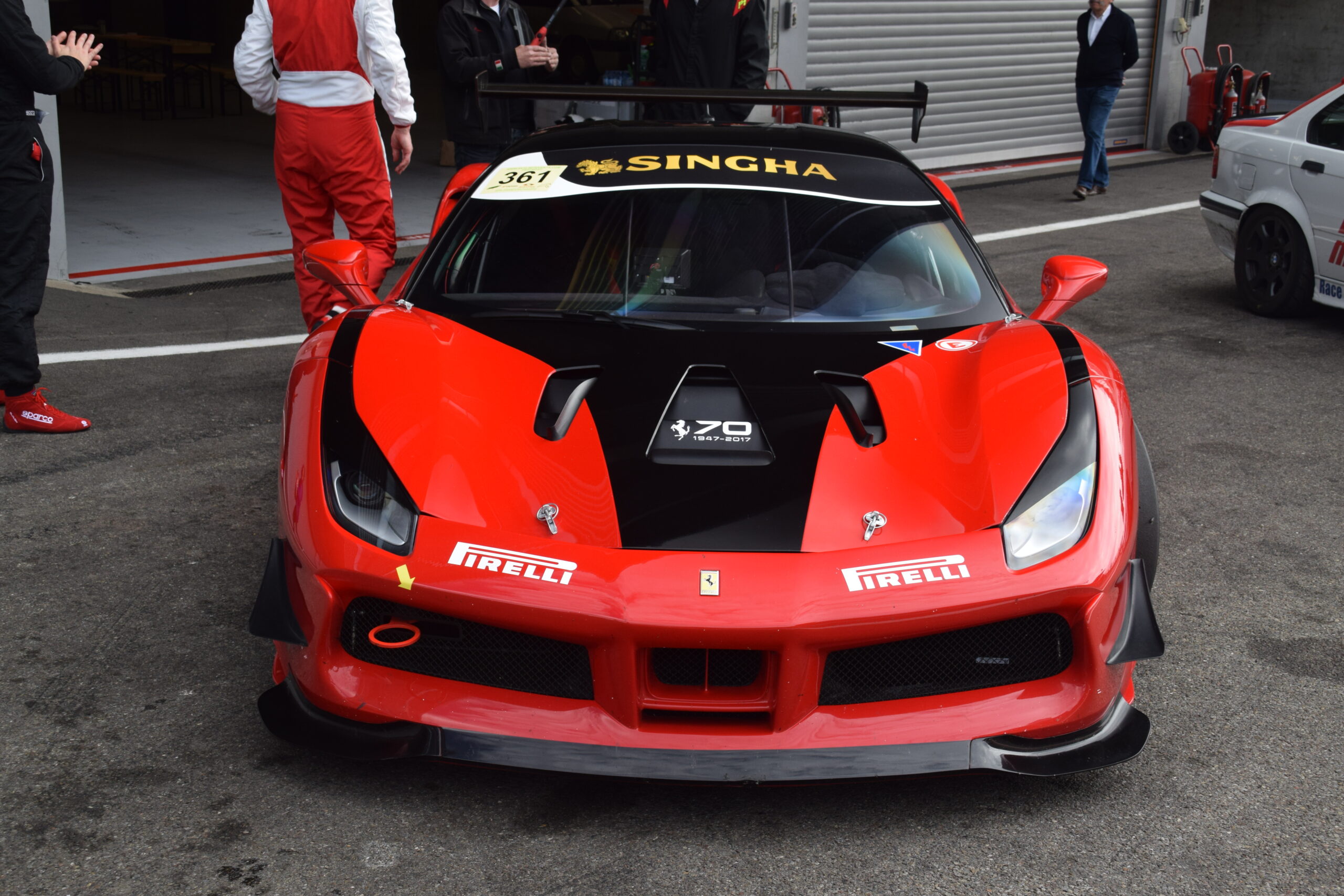 (Another Ferrari 488 GTB Challenge from the Corsa Cliente program).

When Michael Schumacher won his 7th title with Ferrari back in 2004, we never thought It would be beaten. Michael was on the other hand sure It did, and even mentioned the name In an interview  on who It could be. He Is currently racing and Is actually vegan. I bet you know who It Is and I think we have not seen the best from him just yet.

The guy I am talking about, and the newest amazing racing driver to re-write the chapter In the history books Is Lewis Hamilton. His stunning achievement of 7, F1 World championship and a mere 95 race wins Is truly amazing. This might already be wrong when this article is released. Hamilton seems to be untouchable In the world of F1 and we have to go all the way back to 2016 to find the only guy to ever beat him over a season to clinch the world title. This was Nico Rosberg that eventually retired, and not defending his world championship. What happened? We might never know but it was a weird indeed.

What happens In the future Is with certainty unclear and with 100 percent likelihood as unpredictable as the weather on every weather app ever created. This makes It even more exciting and I assume, I am not the only one who will look forward to the times ahead! If you have an Idea for whom you might think will be the new champion of the world of motorsport, then leave a comment below and tell me why you think what you think.